Posted on June 5, 2012 by burningwiththefiresoforc

If you ever wondered how exactly the patriarchy hurts men, you’re in luck! The Obama administration has given us a clear-cut example.

The article is about drone attacks in general, but the key paragraph reads as follows:
“Mr. Obama embraced a disputed method for counting civilian casualties that did little to box him in. It in effect counts all military-age males in a strike zone as combatants, according to several administration officials, unless there is explicit intelligence posthumously proving them innocent.”

In other words, if you’re a male who happens to live in a country at war with the U.S. (heck, even if the U.S. considers your country an ally), the U.S. reserves the right to kill you. Of course, if you’re innocent they’ll say “our bad,” kind of like women accused of witchcraft were let off if they didn’t float.

This Open Thread has been brought to you by what Ozy was doing the whole time zie was taking an unannounced vacation.

Who Are Your Real-Life Heroes?

Posted on May 24, 2012 by burningwiththefiresoforc

We are constantly bombarded with different messages of how to “be a man.” The phrase “Real Men do _____” is often used to shame men who don’t conform to this ideal. The fact is that we are making this up as we go along, looking to those who came before.

There are no shortage of fictional role models, whether it’s Don Draper (for the smoking and drinking to be sure, but also the existentialist cool) or the male Avengers (who may not be the most functional guys to emulate). But real-life heroes are a far more personal thing.

If we’re lucky, we have male role models in our life from an early age. I learned a lot from my father, mostly about to judge a good story (odd, since he’s a mathematician). But this is about other role models,men I’ve never met who nonetheless make me want to be a better men.

Listing your heroes can make one a little self-conscious. I could name larger-than-life figures like Jesus, The Buddha and Abraham Lincoln, but these mean so many different things to different people as to lose any meaning. It’s like calling The Beatles your favorite band.

Starting in chronological order I would say Oscar Wilde (1854-1900 influenced me greatly. Growing up all I knew about Wilde was that he was a) gay and b) funny as hell. The latter made him interesting, but the former (in the still fairly homophobic 80s) made him dangerous. Now, I think Wilde should be reclaimed as bisexual (I see nothing to convince me that he did not love his wife Constance) and find his writing essential. But Wilde’s greatest contribution to the culture has to be his aphorisms, many of which are as paradoxical as Zen koans (“Seriousness is the only refuge of the shallow,” “One can resist everything but temptation.”) Wilde has shown me that something as frivolous as humor can be a powerful tool.

Nowadays, Louis Armstrong (1901-1971) is best known for the overly sentimental “What A Wonderful World,” but it would not be an exaggeration to say that he helped create not just jazz but modern pop music as we know it. Armstrong helped create the language of improvisation that informs most modern music, as well as popularizing the form. He can even be credited with one of the first “crossover” hits: 56 years before Run-DMC met Aerosmith, Armstrong recorded “Blue Yodel #9” with “Father Of Country Music” Jimmie Rodgers. Armstrong was accused in his time of being an “Uncle Tom,” but he also criticized President Eisenhower for not doing more for desegregation. I’m not a musician, but if I was I wish I had even 1% of the talent and insight that Armstrong had.

Thich Nhat Hanh (born 1926) is a Vietnamese Zen Buddhist monk and poet. He is best known in North America for his books combining Zen with psychology for a mass audience. But he has done much more – opposing the war in his native country, earning him exile from Vietnam and a Nobel Peace Prize nomination (from Martin Luher King!) Seeing his practice as grounded in the real world, he has championed Engaged Buddhism for decades. From Thich Nhat Hanh I have learned to appreciate the spirituality of day-to-day life.

It’s hard to imagine what people thought of Andy Warhol (1928-1987) when he first appeared on the art scene in the 1960s. A slight, extremely pale man in a silver wig (he had lost his hair due to a childhood illness) making paintings of consumer packaging was no one’s idea of what an “artist” was, but he changed that. As much as The Beatles or Madison Avenue, Warhol created what we now know as “The 60s,” and later redefined (for better or worse) celebrity culture. He was also a queer trailblazer, painting homoerotic imagery when other artists were still closeted, and using actors from across the sexual spectrum in his movies. From Warhol I learned, ironically, something similar to what I’ve learned from Thich Nhat Hanh: how to find the beautiful and strange in the mundane. He also loved cats, which along with his technique of repurposing ought to make patron saint of The Internet.

Last but not least is Jim Henson (1936-1990), someone I’ve been aware of my whole life. I have learned so many things from this man, starting with how to read via Sesame Street. But Sesame Street and even more so The Muppet Show had stealth missions to bring anarchic comedy to the masses. Most importantly, Henson showed me how to deal with people in a decent manner without sacrificing yourself. While Henson was known as one of the most gentle people in all of entertainment, he was also a shrewd businessman who parlayed his syndicated show (that was turned down by every network) into a media empire. Whenever anyone says you have to be a ruthless jerk to succeed in business (let alone show business), I point to Jim Henson.

These are just some of the men who inspire me. They may not be yours. The point of this article is to start a dialogue. Who are your avatars of manhood?

This is an extra-special edition of the Monday Roundup, with an Exciting Fucking Announcement on the bottom!

On the Good Men Project: is the Violence Against Women Act sexist?

If you’re a man trying to get a woman to commit, email Clarisse Thorn, because she wants to write an article about you. Email her at clarisse at rolereboot dot org!

NSWATM is moving! Soon, we will be under the Good Men Project umbrella. This has all kinds of awesome benefits (mostly for me):

1) Better hosting!
2) Untold riches from advertising, or at least enough money to buy my girlfriend one of those petticoats she keeps drooling over!
3) Noah feels less guilty about having to go work his Real Job and can come write for us more!
4) I get to use the official Good Men Project teleporter (only alternate Thursdays)!

But even though we’re under the GMP umbrella I will still be able to give you all the awesome menzblogging, gender theory, random rants about things that piss me off, statistics, and funny pictures you’ve come to expect. Actually, there will probably be more posts because if there’s one thing that motivates me it’s greed and/or my girlfriend in fancy petticoats. And you do not have to worry that the GMP’s more, erm, excitable commenters will comment on NSWATM, because I’m still allowed to ban people who annoy me too much.

Gerard Way is happy too!

TV Incredibly Sexist, Ozy Feels Need To Rant About This For Some Reason

While watching the Tim Burton flick Dark Shadows (it’s very Tim Burton), I was able to witness advertisements for new TV shows, because God forbid we have a single second in the theater where we’re not dying of advertisements. These included the sitcoms Men at Work and Baby Daddy. Were they incredibly sexist? Of COURSE they were incredibly sexist! This is TV we’re talking about!

END_OF_DOCUMENT_TOKEN_TO_BE_REPLACED

So asks Esquire. Now, if I were a sensible person, I’d just say “no” and take the rest of the day off to watch My Little Pony, but I’m clearly not, so now we are going to have to explain a few facts of life to the Esquire person!

END_OF_DOCUMENT_TOKEN_TO_BE_REPLACED 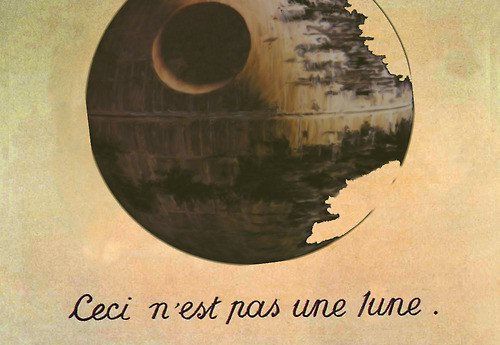 Blogging Has Been Outsourced

Today, blogging has been outsourced to a couple different bloggers, because finals and also depression.

1) Is This Feminist? is my new favorite Tumblr. (The answer is always no.)

2) Roger Ebert said some stupid shit about women being better than men. I agree with Jill from Feministe:

Please note, also, the misogynistic history of “women are so much better than men.” Protip: if your feminist opinion was used to justify women not voting (“they’re too good to sully themselves with politics!”) and not working outside the home (“a woman is an angel of the home who is too pure for the workaday world; she has to provide a place of comfort and goodness for her man”), it’s not really feminist.

3) Scalzi writes an interesting post explaining privilege through the metaphor of video game difficulties. Also check up the followup and the mockery of deleted comments.

Regular readers may recall Glenn Grothman, the Wisconsin state senator awarded the position of the biggest asshole on the entire fucking planet. Well, he won’t let this status disappear! In fact, last month, he made a strong play to keep this position.

“You could argue that money is more important for men,” he said. “I think a guy in their first job, maybe because they expect to be a breadwinner someday, may be a little more money-conscious. To attribute everything to a so-called bias in the workplace is just not true.”

END_OF_DOCUMENT_TOKEN_TO_BE_REPLACED

At Role/Reboot: The aptly named I’m Bored With Sex. No, I don’t want sex. Yes, I am still a sex-positive feminist. No, I don’t find that remotely contradictory.

Posted in noseriouslywhatabouttehmenz, roundup | 8 Comments
No, Seriously, What About Teh Menz?
Loading Comments...